A couple of days ago I received notification that my first documentary, Dear Chelsey, has been nominated for Best Documentary at Detroit’s Uptown Film Festival. The festival takes place March 8 – 10, 2012 in downtown Birmingham, MI. END_OF_DOCUMENT_TOKEN_TO_BE_REPLACED 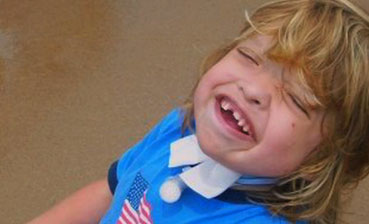 On the day after Thanksgiving 2009, I got a phone call at 6:30 in the morning from my friend Scott Newport.  Scott was sobbing but he was able to get out the words I’ll never forget.  “Evan just died.” END_OF_DOCUMENT_TOKEN_TO_BE_REPLACED

I met Scott Newport, his wife Penni, and their sons Noah and Evan in 2006. I was providing support for a radio station doing a Children’s Miracle Network radiothon in Detroit and they had stopped by the broadcast to talk about Evan. END_OF_DOCUMENT_TOKEN_TO_BE_REPLACED