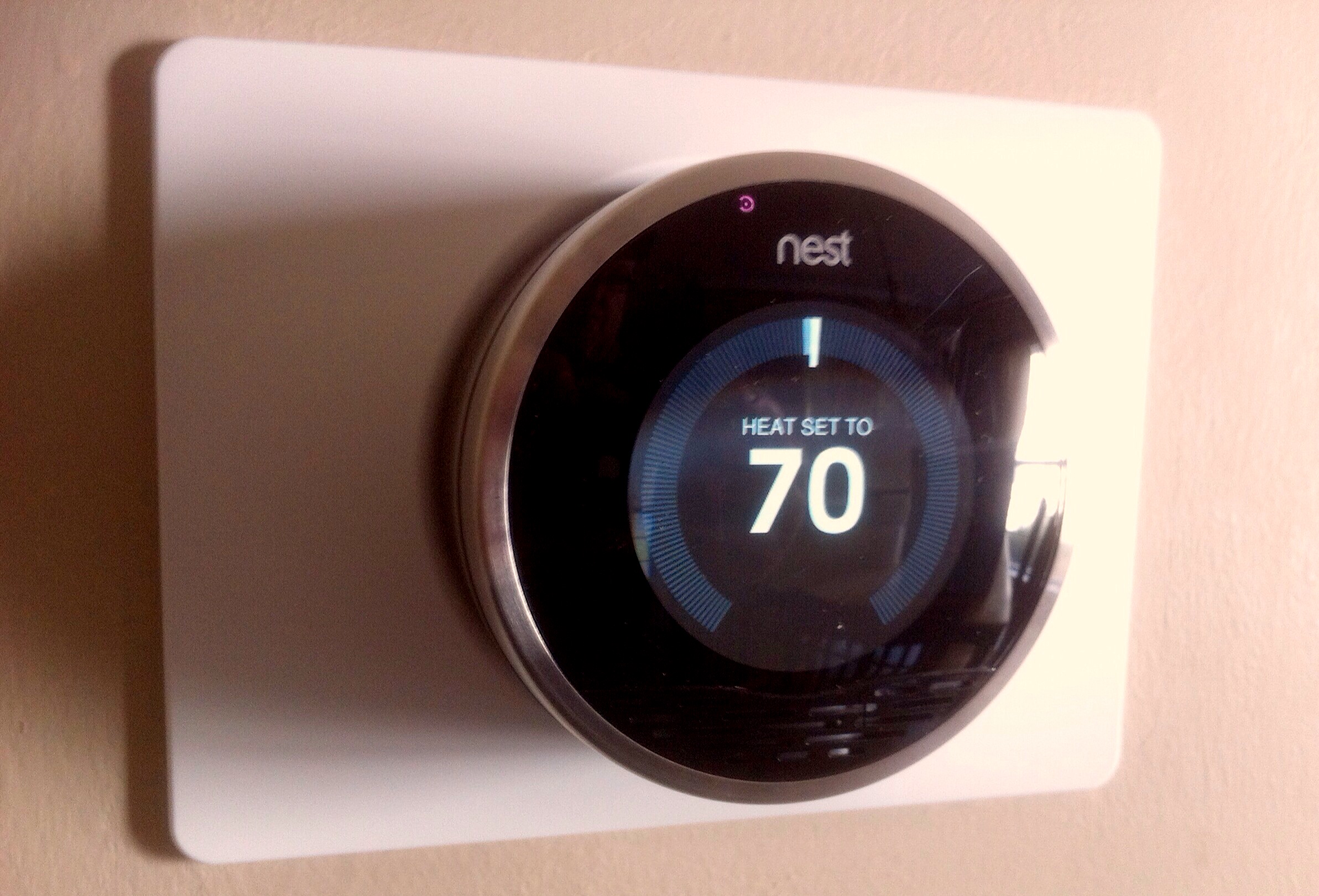 We have two – one for the main level and one for the upper level.  Pretty common.  I just replaced our old ones about a year ago so they would be the same kind – they were not when we bought the house – and we wanted something that would be easy to program.

At about $100 each they were expensive, too. At least I thought so.  Programmable touchscreen and all, they were NOT easy to program so after trying a number of times over the last year or so we resorted for the most part to set the temperature and leave it.  Sometimes using the “temporary” or “permanent” hold feature.  I don’t think we ever had them programmed even once.  We were typical users. How typical? A study of the usability of programmable thermostats reveals that the ENERGY STAR program concluded that homes with programmable thermostats were not saving as much energy as expected and might even be using more compared to homes without them.

The suspected cause was that people were programming their thermostats incorrectly, or not bothering at all.

They terminated the existing thermostat program and began developing a new specification.

Even Energy Star gave up on programmable thermostats!!

Our units also required three AA batteries and we seemed to burn through those pretty fast – about 3 AAs each month.  Using up batteries is not such an issue because we use rechargeable cells for pretty much everything. The problem is that when the batteries die, we would not only lose whatever program settings we had, the heating and cooling would not turn on at all. Pretty dumb considering the wiring to the unit does have low voltage power which should be enough run it.

Then a few months ago I read a news story about a new thermostat.

I’m totally up for gadget that’s got tons of sexy-cool so of course I went to www.Nest.com to order a couple. My initial reaction was disappointment because I could only sign up to be on a wait list to buy them when they were available.  That was October.  On January 3rd, 2012 I got the alert that I could now buy them and I reached for my credit card so fast I nearly cut my hand. A few days later they arrived and I installed them that very day.

The Nest has got it going on, but I also think it’s got brains, too. (Just like my wife.)

We have been living with our Nest thermostats for about a week, now.  While you can program it, you don’t need to program it. It learns.  Want some heat?  Turn it up. Going to bed? Turn it down.  Over the course of the first week or so, it figures out what you want and it just does it.  You can always change it but its actions are based on your habits.

Nest is expensive.  But, if it does what it claims where others do not – and I have great confidence that it will do what it claims – then I believe there is value in Nest even at $249 each.

The founder of Nest Labs is Tony Fadell. You may not know that name, but ya’ know how often great leaders talk about surrounding themselves with good people, right?  Steve Jobs chose Tony Fadell as one of those people. Tony created the first 18 generations of the iPod and the first three iPhones. Now, Fadell has surrounded himself with good people – including Matt Rogers who was responsible for iPod software development at Apple.

That whole “too good to be true” warning might just get a rare up-ending from Nest.  The jury is still out on energy savings as we haven’t used it long enough to tell yet, but common sense tells me that if the HVAC is not on as much as it used to be, then there will be savings. However, it really is as easy as it seems. What the iPhone did for smartphone usability and functionality, Nest does for thermostats. Everything for the install is in the box – including mounting options for whatever your home requires, and even a screwdriver kit with multiple bits.  You might need a drill.  It took me about 15 minutes to install each one.

Nest lives on your wireless network which is what allows it to be controlled via a smartphone app or via an account at the Nest website.  After a quick and simple menu driven set-up that included a few minutes for a software update, Nest was working.

Being one week in it’s still early however, I will watch what happens with our energy usage and post some results. But if you are living with an un-programmable programmable thermostat, Nest appears to be a solution that will fix that.

Nest claims that HVAC systems account for 50% of our energy usage and that by reducing usage by 15% customers will see an average savings of $360 a year.

We’ll soon see if Nest is just a shiny toy or the real deal.