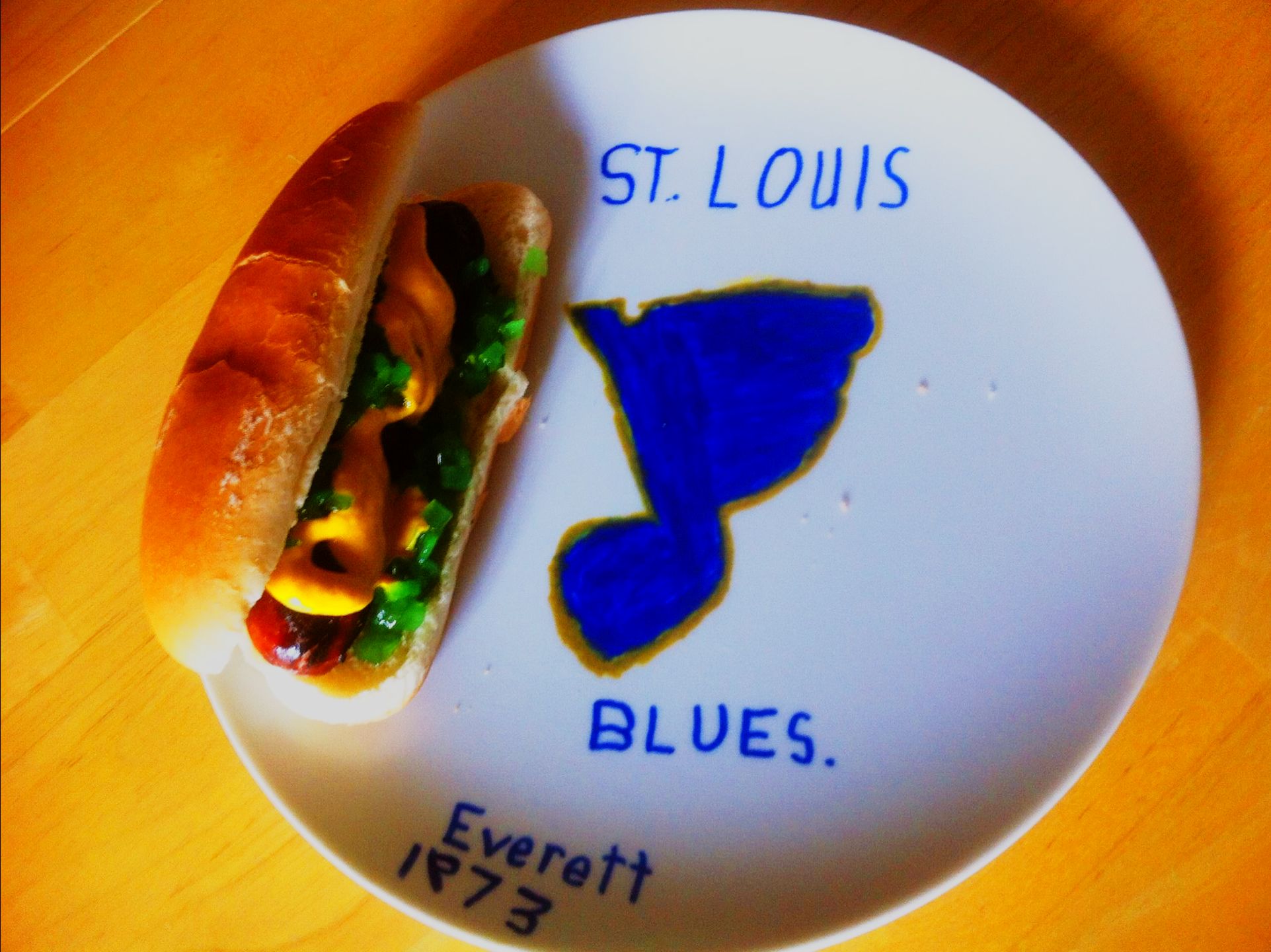 In 1973, when I was 6 or 7 years old, my Sunday School teacher gave the class an assignment. We were supposed to draw something “biblical” – like a burning bush, Jonah in the belly of a whale, or maybe a cross – and that the drawing would be turned into a plate.  I drew a blue note. I can’t really say why I drew a blue note because I don’t remember why.  All I knew then is that, to me, this would make a cooler plate. Obviously, I still have it.

I really loved the St. Louis Blues.  Still do. They were the reason I listened to KMOX radio while I tracked stats on a yellow legal pad. I had Blues t-shirts, sweat shirts, and pajamas. I had a table top rod hockey game – the one with the players cut from sheet metal, Blues vs North Stars. (Rod hockey was the precursor to bubble hockey – Chexx or Super Chexx if you’re into the proper game.)  I always beat my dad but that was before I learned that parents let their kids win so, maybe I didn’t win all the time.

One day, hoping to convince my dad to let me plaster a blue note on the back window of his car, I sent The Blues a carefully crafted a letter on lined elementary school paper asking if they would send me a decal.  Dropping it in the mailbox, I was absolutely sure that when they received my letter, the team would gather in locker room before a game to read it. And a few days later, the decal arrived. I’m sure that Gary Unger stuffed the envelope.

While I was a healthy kid, there was one time when I was 4 or 5 that I had a really high fever one night – my parents put me in the bath tub to cool me off.  When that didn’t work, my dad took me to the hospital.  On the way, I was able to negotiate a deal with him that if I got a shot, he would take me to Burger Chef where they were giving away St. Louis Blues drinking glasses if you bought a cheeseburger.  Yes, I got stuck.  Yes, I got a glass. (Sadly, the glass is no longer with us after an impromptu science experiment on expansion and contraction theories a few years later. I found out what happens when you pour hot liquid into a cold glass.) 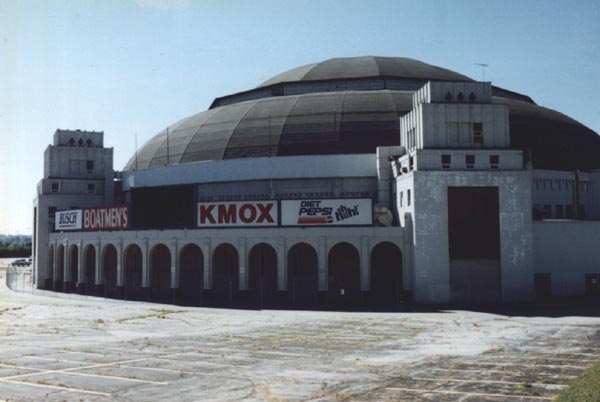 Even though I was very young at the time, I remember my dad taking me to my first Blues game at The Arena.  It was 1970. It was cold, we were probably 8 or 10 rows off the glass, and it was LOUD. 1970 is also the last year The Blues went to The Stanley Cup finals.  There were only 12 teams in the entire NHL back then and the Blues lost the Stanley Cup to Boston.

The site of my first Blues game – and my first rock concert  (John Cougar opened for KISS) – was blown up in 1999. The building is gone, but I’m sure ghosts of hockey history still live on Oakland Avenue.

Yes, I have many hockey memories from my childhood and tonight, I’m taking my son Matthew to his first Blues game. How cool would it be if The Blues make the finals the year he goes to his first game?

Even better, for sure, would be for them to win the Stanley Cup.  I’m not sure we’ve ever seen a better prepared team in St. Louis to win the whole thing and this year that possibility is even more exciting for me personally because I have had the honor of narrating the NHL Stanley Cup Championship films of the Blackhawks 2010 win and the Bruins in 2011.  To get to narrate for a Blues 2012 Stanley Cup win would simply be a blast.