Everett Marshall is a St Louis area native and began his media career in 1986. 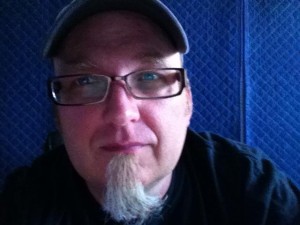 Working with a number of radio stations as an on-air talent and creative director, Everett has created thousands of radio commercials during his career. He has also worked as writer and technical producer for two high-profile morning radio shows.

In 2001, Everett began a relationship with Children’s Miracle Network Hospitals as part of a small team that has raised nearly $500 million for local children’s hospitals across the U.S. and Canada.

Everett completed production of an event documentary, “Dear Chelsey” in 2011. The film is an inspiring and touching story of a 15 year old cancer patient who changed the life of a selfish radio show host and inspired him to run across Texas ? 482 miles in 13 days ? for pediatric cancer research.

As a voiceover talent, Everett has voiced thousands of ads for radio and TV and has narrated projects for clients including American Express, Speed TV, Deloitte, Spike TV, and the NHL.

Everett and his wife Laura make their home in O’Fallon, MO with their kids Matthew and Kate, and a couple of labs, Toby and Maisey.